After it was revealed by organizers (Biggie) of the reality TV show that housemate, Pere would have to participate in a game with fellow housemate, Angel and that the winner of the game will earn a spot in the finale, fans of Pere have staged a protest over the development calling it unfair. 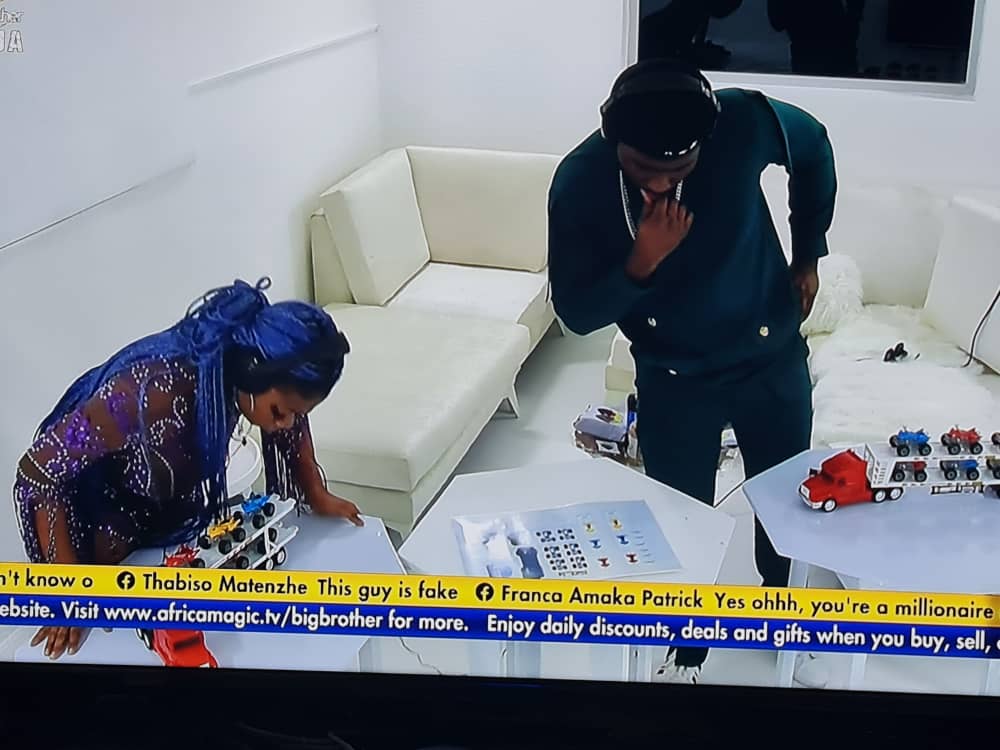 Pere and Angel were asked to leave the Big Brother house during the Sunday live eviction show and were moved to a white room. There, they were then told that they would compete in a game for a chance to make it to the finale.

But after seeing the stats of the previous week’s votes, Pere’s fans were displeased with the development — the ex-US army officer had 25% percent of the votes which was enough to naturally earn him a spot at the finale, while Angel had 14%. 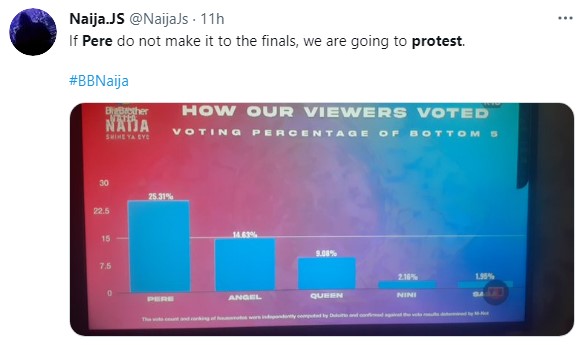 A circular had been shared on social media where Pere’s fans threatened a protest aimed at ending the show over the unfair treatment to their favorite housemate.

“IF YOU ARE IN LAGOS PLEASE COME OUT TO ILUPEJU SPAR TOMORROW BY 7AM CALL 09022971519 OR +234 807 306 6317 for more info. Justice for Pere Rally… @pereegbiofficial @lylaws@bigbronaija @multichoice_group We’re coming for you! since you want to rig votes, expect the show to end instantly. You’re not ready for what is comin….” 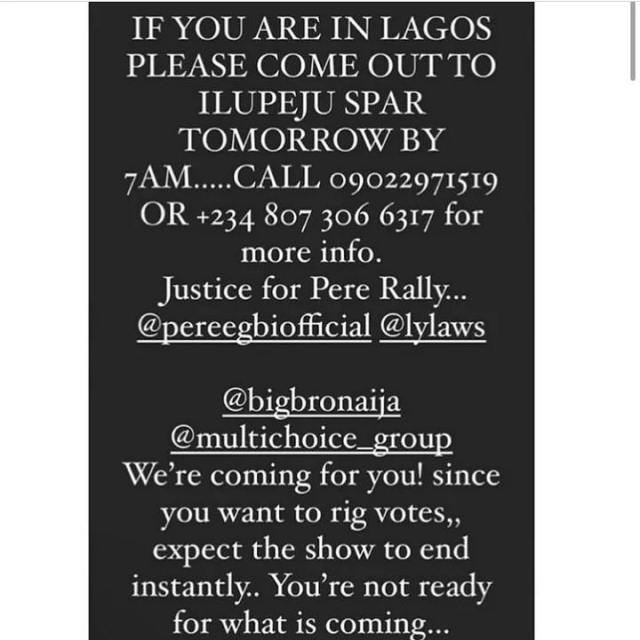 Welps, it appears they’re actually going through with the protest as a new video shared online shows a group of people protesting the unjustness of their favourite housemate.

Wizkid and Davido finally settle differences, hug each other (Video)

Bella Shmurda reveals he is a virgin, says he’s saving himself for marriage

Use Your Position To Stabilise West Africa: UN Secretary-General To President...

Rapper 21 Savage turns himself in after being charged with gun...

ABOUT US
Emeraldloaded.net is one of Nigeria’s leading online news websites We bring to our readers trending and breaking Nigeria news in politics, metro, business, entertainment, sports, gossips as well as international news.
Contact us: Emeraldloaded@gmail.com
FOLLOW US
%d bloggers like this: